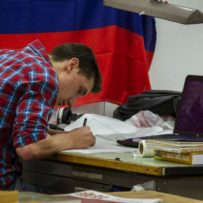 The Society recognizes intellectual achievement, effort and initiative as well as leadership and character. This prize of membership acknowledges undergraduate and graduate students who attain high scholastic standing in their field.

The organization also honors practitioners in the field for excellence in design with the national organization’s Gold Medal Award, which is presented each spring at the ACSA  Annual Meeting. The Silver Medal is awarded by individual chapters to a Professional with a record of distinction in design. The Bronze Medal Award is presented to students who have distinguished themselves in design, and is elected by the student membership of the chapter.

Tau Sigma Delta was organized in 1913 at the University of Michigan at the suggestion and guidance of the faculty in Architecture and Landscape Design who selected the first group of senior honor students to be the founding members. After three years of trial, the system of elections was extended to other universities. 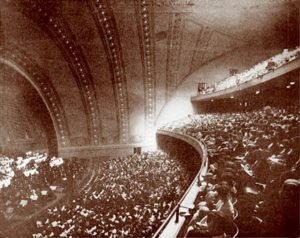 Tau Sigma Delta proved its worth steadily. It overcame the obstacles precipitated by World War I, the subsequent inflationary period, and the resultant era of world economic “recession and adjustment,” and the later effects of World War II. To be sure, progress was delayed by these crucial tests of the times, and four of its chapters became inactive; however, the Society emerged strengthened by those tests.

Another test for the society came during the Vietnam Conflict. Membership in the society declined with several chapters becoming inactive. This has reversed itself in the past few years with the number of new chapters reaching an all time high.