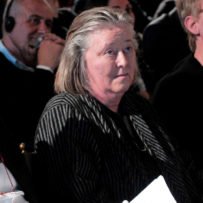 The firm has also won a number of national and international design competitions for: a major addition and renovation to the Central Winnipeg Public Library, the Nursing and Biomedical Sciences Facility for the University of Texas, Houston, College Housing for the University of Pennsylvania, the Canadian Clay and Glass Gallery in Waterloo, Ontario and the Bibliothèque Nationale du Québec, a new central library for the province of Québec. The work of Patkau Architects has been published and exhibited widely. Over 200 articles in books and professional journals and three books dedicated exclusively to the firm’s work have been published. The work has been exhibited in numerous exhibitions, including 20 solo exhibitions, in Canada, the United States, and Europe. In 1996, Patkau Architects was selected to represent Canada at the Venice Biennale.