Home » News from the Chapters » Rice is Most-Admired 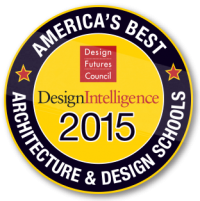 Rice has been named the most-admired undergraduate architecture program in the nation in a survey of released this week. The annual ranking also named Dean Sarah Whiting one of the 30 most-admired educators for 2015 “with extensive input from thousands of design professionals, academic department heads, and students.” The RSA also retains high rankings on the Top Undergraduate Architecture Programs and Top Graduate Architecture Programs.

from article by Mike Williams at http://news.rice.edu/2014/11/04/rice-school-of-architecture-retains-high-rank/