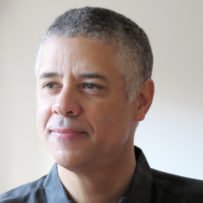 Professor Fowler’s teaching responsibilities include third year design and building technology courses, working with a range of independent study students, co-teaching an interdisciplinary fourth year design studio (architecture and architectural engineering) and directing his award winning digital media facility founded in 1997, called the Collaborative Integrative-Interdisciplinary Digital-Design Studio (CIDS). This facility provides students with access to the latest digital technology for use in the classroom for the design and construction of a range of interdisciplinary community projects.

During Professor Fowler’s career he has received a number of national and local awards in recognition of his teaching and research activities which includes: NCARB Prize for the Design Collaboratory in 2010 with Professors Cabrinha, Doerfler and Dong, ACSA Creative Achievement Award in 2009-2010, the American Institute of Architects (AIA) Education Honor Award for CIDS in 2008, selected for the AIA Doer’s Profile in 2008, received Cal Poly’s College of Architecture and Environmental Design Wesley Award for Teaching Excellence in 2007, the Architecture Department’s Faculty Teaching Award in 2005, nominated by Cal Poly’s College of Architecture in both 2001 and 2000 for both the U.S. Professor of the Year Award and the California State University System’s “Wang Outstanding Teaching Award”, received the “Young Faculty Teaching Award” from the Association of Collegiate Schools of Architecture/American Institute of Architecture Students (ACSA/AIAS) in 1996-1997, and was selected as part of the “Young Architects” Competition, Progressive Architecture Magazine, July 1994.