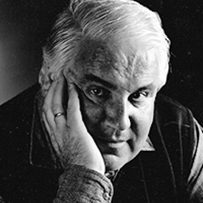 William J.R. Curtis, architectural historian and critic, was born in Birchington, UK, a seaside village in north-east Kent in 1948.  Curtis’s writings have mainly focused on 20th-century architecture.  He is also a painter and a photographer.

Curtis studied at the Courtauld Institute, London (First Class Honors, 1970) and at Harvard University (Ph.D., 1975), and has taught at many universities around the world including Harvard and the Architectural Association in London. In 2003-4 he was Slade Professor of Fine Art in the University of Cambridge. Among his best known books are: Le Corbusier at Work, The Genesis of the Carpenter Center for the Visual Arts (Harvard University Press, 1978) with Eduard F. Sekler; the classics Modern Architecture Since 1900 (Phaidon Press, Oxford,  3rd edition, 1996) and Le Corbusier: Ideas and Forms (Phaidon, Oxford 1986).

Curtis has long been interested in Indian architecture, ancient and modern. He contributed to the exhibition and book Architecture in India (Festival of India, France, 1985, organizer Raj Rewal) with an essay on Le Corbusier, ‘The Ancient in the Modern’.

Other relevant texts include:

Curtis often sits on architectural juries, and has organized and designed exhibitions on subjects as diverse as Australian Aboriginal spear-throwers and the sketchbooks of Le Corbusier. He contributes regularly to critical journals such as the Architectural Review, Architectural Record, Il Giornale dell’Architettura, D’Architectures, Bauwelt, Architect’s Journal and El Croquis.

Among his numerous awards: the Founder’s Award, Society of Architectural Historians, USA (1982), the Alice Davis Hitchcock Medal, SAH, Great Britain (1984), the Tau Sigma Delta National Honor Society Gold Medal in Architecture and Allied Arts (1999) and a Medal of the Museum of Finnish Architecture (2006).

Curtis also exhibits and publishes his own paintings and his own photographs (Structures of Light, Alvar Aalto Museum, 2007).  He currently lives in southwestern France.